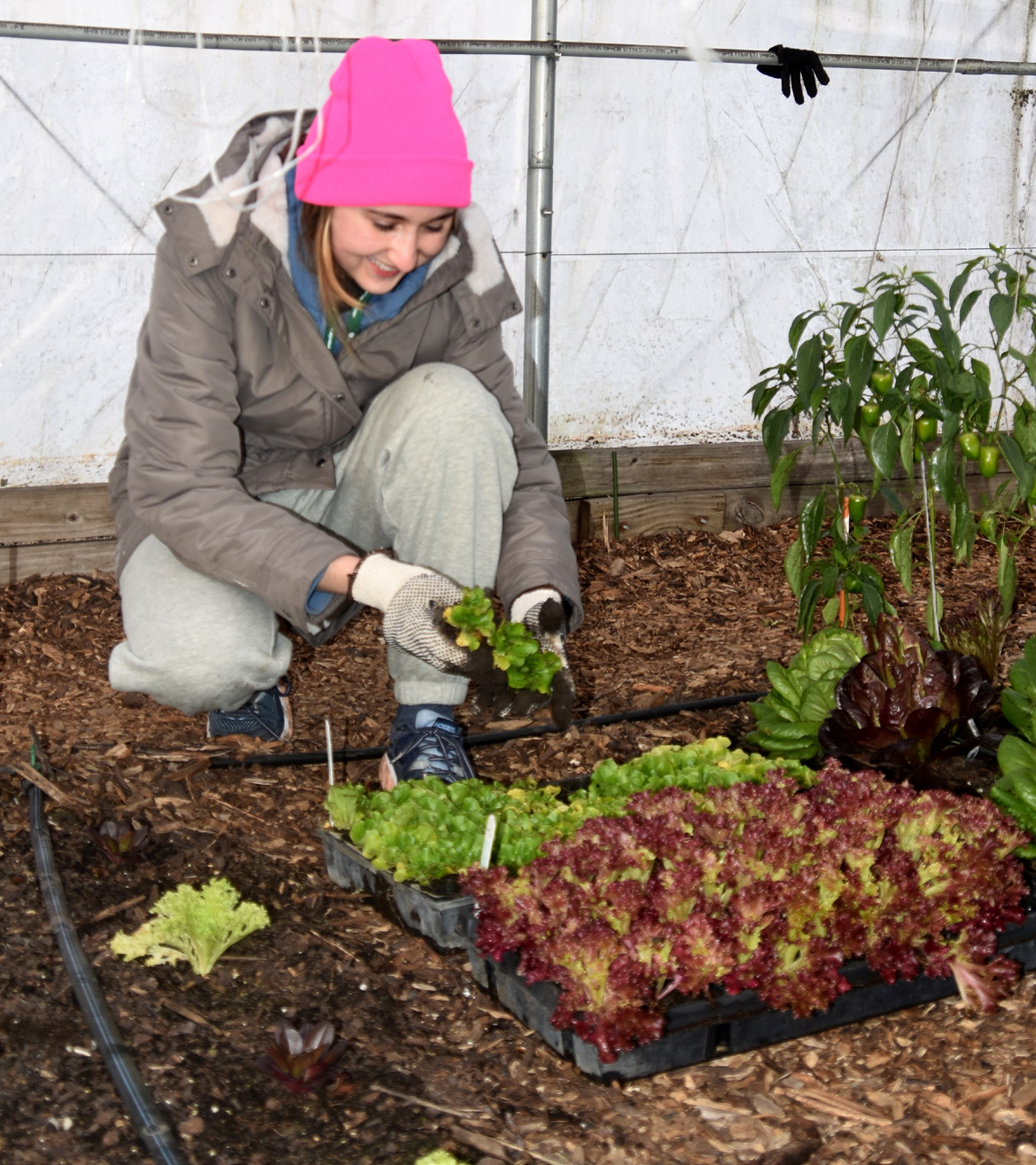 The bitter-cold, first week of January was tempered by the warm, service-oriented hearts of 17 students from Badger Catholic, a group of students from the University of Wisconsin and Edgewood College in Madison, who joined Sister Connie Bach’s PHJC Volunteers in making an impact at several PHJC ministries. Accompanying them was Father Tim Mergan, who served alongside the students and celebrated Mass during the visit for the students, Sisters, and residents.

In their third service trip with The Poor Handmaids Volunteer Program, Badger Catholic students served at Sojourner Truth House in Gary, visited Albertine Home in Hammond, worked at the campus greenhouses, and packaged and delivered food and basic needs to two hotels that house the vulnerable in Plymouth, Indiana.

For many of the students, it was their first hands-on volunteer experience since the pandemic began nearly two years ago. Edgewood College senior nursing student Grace Brennan was delighted to serve in-person again. “I love being able to help out, especially amid COVID, but there were limited opportunities. Last semester, I couldn’t get eight hours of hands-on service in; nothing was open to in-person service.” While in Hammond, the students visited the Albertine Home to play bingo with the residents, something Grace, pictured above, appreciated since she’s worked in senior care while earning her nursing degree.

Badger Catholic Focus Minister Erica Nossaman relished spending a week serving others, and for the new experiences, so rare during the pandemic. “Any small thing you do, you can do for Christ. I’m super thankful for this opportunity,” she said as she and Grace transplanted lettuce heads in the greenhouses.

Many students expressed gratitude for the community they built both with one another and with the Poor Handmaid Sisters. Junior Lydia Heinen noted that UW Madison is such a big campus and has a large Catholic community, so she was meeting some of her fellow volunteers for the first time. “It’s amazing how close we’ve grown in this opportunity to serve and encounter Christ in others,” she said.

Hunter Wallace, co-leader of Badger Catholic, also a junior, found the Sisters “super welcoming and mindful of the students’ needs, too. It’s a service-oriented group that’s been so cool to be a part of,” he noted while he and Father Tim hauled and stacked wood to be burned and made into biochar, an organic soil supplement used in the greenhouses.

The students created instant community with a man they delivered food and hygiene supplies to at Plymouth’s Red Rock Inn as they serenaded him with Happy Birthday. Freshman Dina Cianca noted of the experience: “The Poor Handmaids’ hospitality, simplicity in service, the sense of community, and love will keep us serving God for a long while.”