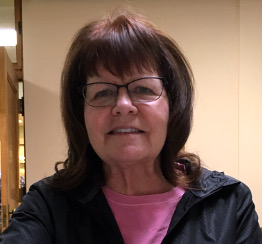 As I reflect back on the year, I find I still struggle with thinking that the everyday things I do, really matter. I often felt my job was not enough, it needed to be “something” bigger, something I wasn’t being paid to do. This year has helped me to realize that even if you “do small things with great love” (Mother Theresa) – they really do matter. I’ve always appreciated the co-workers I had who kept a smile on their face, a sense of humor, and served with love and compassion rather than spending 8 plus hours just “putting in time”. So as I again witnessed the variety of personalities while working through the home – I realized I truly am gift. As it was reflected upon during my last Spiritual Companioning Reunion: “you yourselves are a letter of recommendation, written on your hearts, to be known and read by all people; and you show that you are a letter from Christ delivered by us, written not with ink but with the spirit of the living God, not on tablets of stone but on tablets of human hearts”. (2 Cor. 3:3) So once again I have been blessed with a year of mutual writings upon the human heart, sometimes I was the author, but often times, others were writing upon my own heart.

We are where God intends for us to be, as it is written in the book of Isaiah and again reflected upon once again in one of my recent Spiritual Companion reunion retreats, “Am I in the right place?, have I done the right things? Despite any mistakes, God’s providence means that wherever I have gotten to, whatever I have done, this is precisely the road to where heaven begins. However many clues I have missed, however many wrong turns I’ve taken, however unnecessarily I have complicated my journey, the road still beckons and the Lord still ‘waits to be gracious to me’”. (Simon Tugwell, Prayer: Living with God) God has gifted and directed me to this year to live in the Openness of the Spirit. I have grown in learning that the voice of my heart is truly the God within, that which when kept open, leads to a path God has set forth. 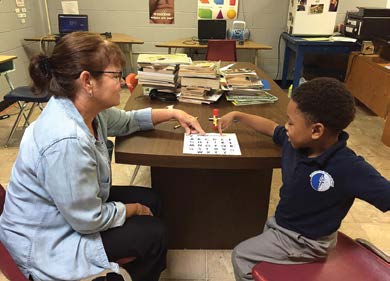 Right out of college, I entered the Peace Corps as my heart has always gone out to the third world countries where there is so much need. A recent experience, however, brought me to a halt. As a part of the Poor Handmaids of Jesus Christ Volunteer Program,
I was offered the opportunity to travel to Holly Springs, Mississippi on a pilot mission program for the PHJCs and the Catholic Volunteer Network in conjunction with the Southern Sacred Heart Ministries. The real beauty of this mission was that those we worked alongside and with, all became community!

There was no notice of age, race, religion, or sex, but rather a sharing in one mission to serve and be served without question. While I participated in a short program last spring in helping clean-up from the tornado damage of late 2015, we were not afforded the opportunity to be as actively involved with the victims of the disaster since they were unable to live at the site.
This time, was a totally different experience as we plunged into the lives of the people.

I traveled and worked alongside Sister Bernadine Gutowski, OSF; Sister Sharon Glumb, SLW; and Sister Marykay Brooks, SSND. We began by arriving at the humble volunteer house where we would spend our nights and evenings when not working.

On another day, we assisted the team in clearing out furniture and possessions from a room in a house that had been used as a beauty parlor. As with construction, that day did not go according to plan. It seemed
there was more mudding and dry walling to be done to completely correct the water leaks and damage. While some of us stayed with the construction crew as an extra set of hands we listened to the vast array of experiences they have encountered. Others would spend time with Ms. Wilkins and her daughter, listening to their story and allowing them to share and be heard. All agreed it was not a day wasted but a true day of ministering in a way we had not expected – sometimes, God has other plans.

By the end, after the experience and listening to the encounters of the Southern Sacred Heart Ministries, all I could think to myself was, “Am I really in the United States? Is this really 2016? How do we legally allow some of the acts of our politicians to continue to cut out the people in need? Where have my eyes, my hands been?”

There is no real need to leave the country when our own brothers and sisters are living in poverty and oppression. I am but a drop in the bucket!

Later as Miss Kelly, a ministry team leader, explained that insurance had threatened to cancel the Ms. Wilkins (as is often the case) due to the water leaks if not fixed. This would have lead to the loss of her loan for the house and ultimately the loss of her house. Leaving her and her daughter who is medically unable to work, virtually homeless was not an option. Being unemployed, she could not afford to fix her home. Suddenly, it was not just a coat of paint, but the saving grace to this woman and her daughter. The gratitude of the owner, her bear hugs and laughter were rewards of the heart.

We spent the mornings each day visiting the school. Some of us tutored individuals, and others worked with an entire math class. Thankfully, God knew our gifts and where to place us. Mine was not to teach the entire math class! My background is in social work and administration. So I was very surprised at how at ease I felt in settling in as a tutor. Kids are so open and accepting. I was lucky to be assigned to little Sam, a pre-k student, whom I’ve kept close to my heart for several reasons. I also tutored a student in reading who had a stuttering problem. I couldn’t hold back his excitement as he kept trying to tell me how the story ends since he had watched the movie the night before. The glow on his face again was a reward of the heart, something never expected but freely accepted!

Holy Family School, while a Catholic school, consists of 98 percent non-Catholic students. Once again, however, it was of little importance as you could see, feel, and witness that the building was full of support, love, and care provided by the beautiful teachers under the supervision of Miss Isom, the principal. I fell so in love with the school, the teachers, and the children that I made contacts with the Catholic school back in Olney, Illinois where my own children attended school and found that the 4th and 5th grade teachers at both schools are interested in setting up pen pals! I am so excited for the cultural exchange that is possible as well as the broadening of the world vision for all of these children. We are but only one!

One night we were honored to serve at the Garden Café, a soup kitchen that provides a free evening meal on Tuesdays and Thursdays. I had hopes of the possibility of some of the little children from school drifting in, but as one of the Sisters said, “Wouldn’t they be embarrassed to see us there?” I told her she would feel differently when she experienced the atmosphere of the Café as I had experienced it earlier this year. It is such a warm and inviting place with laughter, joy, and conversation filling the air. Old friendships were strengthened and new friendships forged. The food is so deliciously prepared by the wonderful chef who has a background in restaurant management and serves everything with a warm smile. We were astonished again to hear that, in Mississippi, it is illegal to open any new soup kitchens; therefore, this is how they work around the rules to fulfill people’s hunger. Sacred Heart Missions finds a way – that is what is so wonderful about all of those working with them. It is also illegal to build any new homeless shelters or low income housing. But, as you can guess, they were throwing ideas around and, if I know them, they will find a way to work within the rules and yet meet the many needs. God provides!

As I type this story, I am again moved to tears of having witnessed God’s love and joy. I cannot stop sharing the story! In fact, I know I left a piece of my heart in Mississippi. The Southern Missions of Sacred Heart has volunteers of all kinds that come here to serve. They have sororities, fraternities, colleges, churches, families, retired contractors who come to “vacation,” who show up with little knowledge and great knowledge, little skills and great skills. Yet, they seem to accommodate and teach as they go, never missing an opportunity. Perhaps this is the trip you need to jump start your spirituality, your heart, or just to experience the diversity of our own country. For whatever reason you feel called to it, you will be moved and changed by the love and hope of Mississippi and the works of the Southern Sacred Heart Missions.

Now and then we all have those God winks or nudges that cause us to sit back and say, “What, me? Why me? Surely you aren’t serious.” Then you go on about your daily duties, but God just keeps nudging (and sometimes you even elbow back); but God just keeps right on winking. 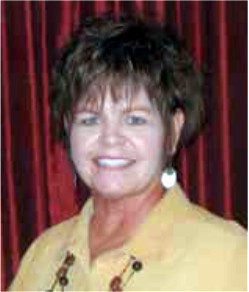 I have given thought over the past couple years of changing careers after nearly 30 years of working in homes for adults with developmental disabilities. Not sure of what I really wanted to do, I kept an open mind, well really, my job kept me from taking the time to give it much more thought. During that time, I jumped at that last minute chance to sign up for the Spiritual Companioning course, thinking I might be called to spiritual direction. I told the class as it ended, I felt I was being called to something else, but not sure what. Again, I remained open (and again way too busy).

Then came that wink, that nudge. I was sitting in the Gathering for Associate Community at Lindenwood last fall. Sister Connie Bach gave a short presentation on the new volunteer program that they were initiating through the Catholic Volunteer Network. I had received emails about this, but paid little attention, assuming it was for people who volunteered at the many ministries they offer, but knowing I lived far from all of them, shrugged it off. Hearing more about it, immediately, I got that undeniable feeling, I was being nudged. I remember looking around at the crowd, thinking, “Really, out of all these good people, why are you looking at me?” I couldn’t stop thinking about it throughout the day, or God wouldn’t leave it alone, I should say. It just so happened the speaker presented on discernment. Sometimes things happen for a reason, and so it seemed was this.